FRIDAY FIVE: Things I Love About the Renaissance Festival

I had two opportunities to visit the local renaissance festival this year! Because it's always a highlight of my fall, here are five of the many things I love about it.

I finished Kass Morgan's Day 21 tonight, so I decided to use today's Friday Five to talk about some of my favorite young adult books.

It's been a long time since I've read this book, but it's left a lasting impression. It follows Francie Nolan from childhood to mid-adolescence as she learns
Her world is dark and harsh, but Francie is able to hold on to her determination, hope, and love. I still get upset when I remember how her grandmother's savings was stolen by a conman, but it's Francie's vibrant spirit that stays with me.

This book was such a pleasant surprise when I read it earlier this year! Fifty-one teenage girls are on a plane on their way to a beauty pageant when they crash on a seemingly uninhabited island. The thirteen who survive are forced to learn to get along in order to thwart the evil plot that's brewing on the island. It's chock-full of satire, but the heart of this story is the girls and their relationships with each other.

Karou has blue hair, enjoys art, and lives in Prague with a group of monstrous beings who send her on mysterious errands to gather teeth. Then handprints appear burned into doors, and her quiet yet unusual life is thrown into confusion. The story is different enough from other YA to immediately intrigue me, but once I hit the second half, I couldn't put it down. As if that weren't enough, Taylor's writing is lyrical and gorgeous.

This is another that I haven't read in a long time. Told from the point of view of Leo, Stargirl focuses on a girl who sweeps into town and changes everyone for the better until things change and they decide that she's too different for her own good.I remember it as a bittersweet exploration of growing up as well as a quirky celebration of individuality.

The Circle (The Engelsfors Trilogy), Sara B. Elfgren and Mats Strandberg

I have nothing but praise for this book! It centers on six very different girls in a small Swedish town called Engelsfors who are called to be the Chosen Ones and save the world from a magical apocalypse. It's a slow-burn story (which I love), and it takes time to develop each of the girls and their relationships with each other. I haven't had this hard a time choosing a favorite character since Orphan Black!
Posted by C.G. at 11:49 PM No comments:

What I'm Listening To: September '15

In the car: Mistborn, Brandon Sanderson

I've heard really good things about this. I'm on part 8 of 20, so I should have a good grasp on the characters by now. Unfortunately, even though the magic system is extremely detailed, I'm still waiting for something to really hook me. I still have over half the book to go, though, so we'll see how my thoughts change once I finish listening to it. 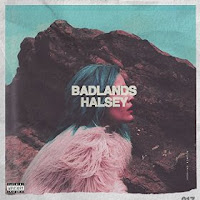 I can't even describe this well because Halsey is one of those artists who makes listening to music an experience. I'm drawn to interesting lyrics and a good dash of angst, and this CD has both. 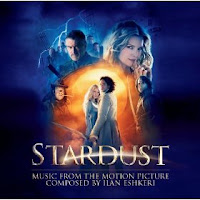 I think this movie is so much fun. I read the book a number of years ago and remember enjoying it, but I own the movie and recently rewatched it. That's when I realized it was scored by Ilan Eshkeri, who is one of my favorite composers. (His Young Victoria score is gorgeous.) This soundtrack has a lot to love, from lush romantic cues to heart-pounding action cues.
Posted by C.G. at 11:16 PM No comments:

I just take a lot of pictures of flowers. These are some of my favorites.


I have a huge to-be-read pile because I get books at a faster rate than I read them, and yet I still manage to make time to re-read my favorites--whether it's to cheer myself up or just because it's a rainy day. Here are some of my favorites. All of the summaries are from Goodreads.

I Capture the Castle, Dodie Smith
Through six turbulent months of 1934, 17-year-old Cassandra Mortmain keeps a journal, filling three notebooks with sharply funny yet poignant entries about her home, a ruined Suffolk castle, and her eccentric and penniless family. By the time the last diary shuts, there have been great changes in the Mortmain household, not the least of which is that Cassandra is deeply, hopelessly, in love.

This isn't the happiest of re-reads, but it's so poignant and warm and Cassandra is intensely relatable. I had two copies until a few months ago when I gave one away, and the one I still have has underlines all over the place. It's perfect for rainy days wrapped in a blanket with a very large mug of tea at my side.

Persuasion, Jane Austen
At twenty-seven, Anne Elliot is no longer young and has few romantic prospects. Eight years earlier, she had been persuaded by her friend Lady Russell to break off her engagement to Frederick Wentworth, a handsome naval captain with neither fortunenor rank. What happens when they encounter each other again is movingly told in Jane Austen's last completed novel. Set in the fashionable societies of Lyme Regis and Bath, Persuasion is a brilliant satire of vanity and pretension, but, above all,it is a love story tinged with the heartache of missed opportunities.

I love Pride and Prejudice as much as the next English major, but Persuasion is my favorite Austen, which is odd, considering I don't often enjoy romances about couples re-meeting. Maybe it's because I relate to Anne Elliot more easily than Elizabeth Bennet (although I fiercely admire Lizzy), but part of the appeal is definitely the steadfastness of Anne's love as well as the slow burn of Wentworth fighting and then acknowledging his feelings. Plus that letter at the end. "You pierce my soul. I am half agony, half hope." How could I not love that?

The Buccaneers, Edith Wharton
Nan and Jinny St George have both wealth and beauty in generous supply. In the New York society of the 1870s, however, only those with old money can achieve the status of the elite, and it is here that the sisters seem doomed to failure.

Nan's new governess, Laura Testvalley, herself an outsider, takes pity on their plight and launches them instead on the unsuspecting British aristocracy. Lords, dukes, marquesses and MPs, it seems, not only appreciate beauty, but also the money that New York's nouveaux riches can supply.

A love story of love and marriage among the old and new moneyed classes, The Buccaneers is a delicately perceptive portrayal of a world on the brink of change.

Edith Wharton's last novel (left unfinished, but finished by Marion Mainwaring) is as delightful as any novel of manners but with the added poignancy of the friendship between Nan and Laura, based on Wharton's own relationship with her governess. The ending is achingly bittersweet, and through every re-read, Nan St. George remains one of my favorite protagonists.

The Queen of Attolia, Megan Whalen Turner
Revenge
When Eugenides, the Thief of Eddis, stole Hamiathes's Gift, the Queen of Attolia lost more than a mythical relic. She lost face. Everyone knew that Eugenides had outwitted and escaped her. To restore her reputation and reassert her power, the Queen of Attolia will go to any length and accept any help that is offered...she will risk her country to execute the perfect revenge.

...but
Eugenides can steal anything. And he taunts the Queen of Attolia, moving through her strongholds seemingly at will. So Attolia waits, secure in the knowledge that the Thief will slip, that he will haunt her palace one too many times.

Meghan Whalen Turner's entire series is wonderful (and I'm dying for the fifth installment already), but the second book remains my favorite. The characters are memorable, and the fantasy world is imaginative and full of gods, but believable. For such a short, quick read, the relationship between Gen and the queen of Attolia is amazingly nuanced and touching.

The Scarlet Pimpernel, Baroness Orczy
It is 1792 and France is in the grip of a seething, bloody revolution. Mobs roam the Paris streets hunting down royalists, barricades block any chance of escape, and every day hundreds die under the blade of Madame la Guillotine. But in the hearts of the condemned nobility there remains one last vestige of hope: rescue by the elusive Scarlet Pimpernel. Renowned for both his unparalleled bravery and his clever disguises, the Pimpernel’s identity remains as much a mystery to his sworn enemy, the ruthless French agent Chauvelin, as to his devoted admirer, the beautiful Lady Marguerite Blakeney.

First published in 1905, The Scarlet Pimpernel is an irresistible novel of love, gallantry, and swashbuckling adventure.

The Scarlet Pimpernel was the original masked vigilante, and this book is just a ton of fun. What makes it work so well, though, is the relationship between Percy and Marguerite and their journey from distrust and outright dislike back to love. I'm dying to write a modern/alternate-history update of it.
Posted by C.G. at 9:43 PM No comments: