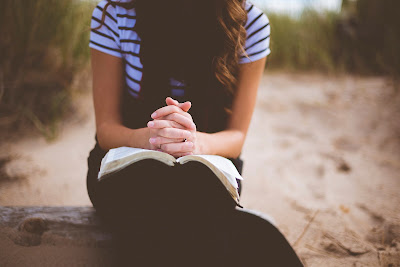 For the next week, all my e-books on Amazon Kindle will be available for 99 cents! Each book comes with a link to a free short story. Find them HERE.

I've also started selling paperbacks at a small discount directly through this site. They come directly from me, which means I can sign and personalize them if you want, and come with free shipping. Perfect holiday gifts for readers in on your list! Go to the Shop HERE or use the link in the navbar.
Posted by C.G. at 12:19 PM No comments:

Email ThisBlogThis!Share to TwitterShare to FacebookShare to Pinterest
Labels: books, discount, e-books, kindle, sale, short stories, the dying of the golden day, the stroke of thirteen

Disclaimer: NetGalley provided this copy in exchange for an honest review. Thanks to NetGalley, Bold Strokes Books, and Carsen Taite.

People often seem surprised when I say I read romance. I don’t read them as often as I’d like because I’m a fairly slow reader and generally focused on sci-fi and fantasy and because there are so many romances books out there that sometimes it’s hard to dive in. I requested this on a whim from NetGalley, and I’m glad I did! I read the majority of this in the space of a day.

The setup is fairly standard (not a bad thing). Lt. Colonel Zoey Granger is a whistleblower scheduled to testify in front of Congress on a corruption scandal. Rook Daniels is a hotshot spin doctor who “fixes” scandals when they appear. Their paths cross, sparking both attraction and frustration, but neither thinks it will go very far. Then their professional lives collide, and they have to investigate a case close to Zoey’s heart while navigating their growing connection.

I liked both the main characters. Zoey is a stand-up person with a strong sense of morality. She’s also a bit lost since the army’s been her family for years and exposing the corruption scandal has partially ostracized her. Rook is charming and devoted to her job but, like the best love interests, has a painful past that she doesn’t like to talk about. Their quick attraction to one another feels real, as do the issues that initially keep them apart. Zoey, who is honorable and truthful, dislikes Rook’s profession and feels spinning stories is akin to lying. Rook has a distrust of the military that stems from her past and can’t understand Zoey’s comfort with taking orders and her devotion to the army.

Despite the military being a large part of this story, there’s pretty good gender balance. While a lot of the characters in the military are male, women hold powerful positions, too. One of the driving forces behind the plot is Rook’s friend Sarah, who is the White House Chief of Staff. In a smaller part is her girlfriend, who’s a Chief Justice. (Details might be a little off because I read this fast.) There are some cool women on Rook’s team, and Zoey is shown to be respected by her higher-ups and to know the men who don’t respect her aren’t worth it. I liked that it took place in D.C. and the military world. I don’t know much about the military, but things seemed accurate. I especially liked the climax and the phones (can't give anything away, but you'll see when you get there). The writing was nice and clean and kept the story flowing.

One area for improvement would be the diversity. On the one hand, I enjoyed that the characters didn’t have to deal with homophobia. In a sense, it would be more realistic if they did, but it’s nice to see a lesbian couple treated like any other couple. They have their issues, but they’d have the same issues regardless of sexuality. I think there’s room for telling both kinds of stories. On the other hand, I’m pretty sure most of the characters are white. If there were clues to the contrary, I missed them. Maybe I was reading too fast!

Overall, I very much enjoyed this book, and I’ll definitely read more from Taite in the future.
Posted by C.G. at 7:04 PM No comments:

The Road to Book Two--Part 2

I'm back with an update on Book Two, tentatively titled The Shadow of the Endless Night! If you follow me on Instagram, you might have seen that I posted a picture of the complete first draft. Here it is in all its glory, which isn't very much, to be honest! Right now, it stands at about 96,000 words, which is on par with what the first draft of Book One looked like. For reference, the final version of Book One is around 129,000 words.

Email ThisBlogThis!Share to TwitterShare to FacebookShare to Pinterest
Labels: epic fantasy, fantasy series, fantasy writing, sequels, the dying of the golden day, the heartfriends, the road to book two, the shadow of the endless night, writing

BOOK REVIEW: The Wife Between Us

Disclaimer: NetGalley provided this copy in exchange for an honest review. Thanks to NetGalley, St. Martin’s Press, and Greer Hendricks and Sarah Pekkanen.

The tagline for The Wife Between Us is, “A novel of suspense that explores the complexities of marriage and the dangerous truths we ignore in the name of love.” The synopsis doesn’t tell you anything, really, because it’s hard to talk about the plot without giving anything away. The books starts out alternating between two points of view. One, told in the first person, is Vanessa’s. She’s recently divorced and has found out her ex-husband is getting remarried to a younger woman. The other point of view, told in the third person, is Nellie, who is the younger woman marrying Richard. On the surface, it seems fairly standard, but the seeming simplicity of the plot is meant to draw in the reader and make them question what they know.

In this respect, The Wife Between Us is very good at keeping the reader off-balance. Hendricks and Pekkanen make full use of their unreliable narrator, to the point that when you think you’ve got your feet, they add another wrench to the mix. However, I almost felt like some creative decisions, particularly one at the end, were made for the sake of throwing readers for a loop. In that sense, it’s a thrilling read. The writing is smooth, and the story keeps you interested.

One of the things that’s always on my radar as I read is how female characters are written and treated. Without giving anything away, I was pleased with how this tackled issues women, in particular, face and how it portrayed relationships between women.

My biggest complaint is that after each big revelation, the pace slows way down. This could have been cut by fifteen or twenty percent, and the story would’ve been much tighter. Although it was an enjoyable read, it left me a little unsatisfied. You rush right through it, which makes for an enjoyable reading experience, but it doesn’t stay with you for very long. That knocks it down to a 3.5 for me, but I rounded up because no half stars.

I would recommend this to readers who enjoy fast reads and to fans of suspense novels, especially ones who want something familiar but a little different.