Two short stories of mine have been recently released in anthologies. Read more about them below, and click the cover pictures to buy! 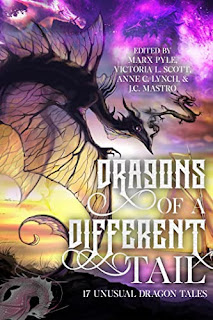 Eighteen award-winning, veteran, and emerging authors bring you seventeen unique dragon tales that defy tradition. Winged serpents as large as continents, as well as those tiny enough to perch on the fingertip of a young girl. Dragons who inhabit the Wild West, Victorian London, Brooklyn, and a post-apocalyptic Earth. Scaly beasts who fight in the boxing ring, celebrate Christmas, and conquer the vast void of outer space. There are rockstars who meddle with dragon magic, clever and conniving shapeshifters, and powerfully exotic hybrids. Science fiction, urban fantasy, mystery, western, epic fantasy, YA fantasy...no matter the setting or the genre--here be dragons!

My story is called "Witherwillow." In a city divided between humans and dragonfolk, P.I. Iris Kane takes a simple case and ends up with more than she bargained for. 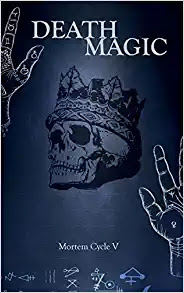 They executed Alvard Lestrange for treason.

A wielder of Death Magic.

This is the story of his victims, trapped in mundane objects for three centuries.

This is the story of the lives they will, unwittingly or maliciously, destroy.

My story is called "The Lengths We Go" and follows a warrior-for-hire whose latest job tests her very integrity.