The cover's pretty cool, and I really like fantasy books with female protagonists, but unfortunately, this one just didn't work for me. I think I started this way back in January, but by this past Friday, I'd only made it to 24%. I sat down that night, intending to get a good chunk done, and after what felt like forever, I was only at 29%. So I decided not to finish this one.

I don't think I have much to add to what people have already said. Talking about believability in a fantasy book feels weird, but this story stretched mine. Eliana is supposed to be a serious assassin, but a lot of the times, she just feels incompetent. Her mom is supposed to be an assassin, too, the one who taught Eliana everything, but then she gets captured? It seemed like it just happened for plot purposes.

I also just didn't like anyone. I don't think every female character has to be "likeable," but I have to want to root for someone. The problem was I didn't connect with either Rielle or Eliana, and I can't really pinpoint why. I think a lot of it had to do with the fact that their stories didn't feel like they revolved around them, if that makes sense. As for the side characters, no one captured me. It feels like Simon was supposed to be charming, but . . . meh? Because of my disinterest for the characters, some moments that were meant to be emotional just felt silly to me. Like Harkan declaring his love for Eliana right before he does something unwise.

The writing didn't click for me. The prologue confused me rather than got me hooked on the story. Because of the time jumps, a lot of it felt repetitive. The pacing is a lot of action and not a lot of character development. A horse gets killed pretty violently, which I really hated.

All that said, this book obviously works for some readers. That's cool. It just wasn't for me, and that's okay, too. Different strokes, and all that.

Thanks to NetGalley, Sourcebooks Fire, and Claire Legrand for the e-ARC.
Posted by C.G. at 4:48 PM No comments:

I wanted something short and fun to read, so I picked this one up. When Clara discovers that her boyfriend's cheating on her, she kicks his butt to the curb and goes on the trip they had planned together-- five days in the Australian outback, riding horses and herding cattle. Her group guide is Evie, a beautiful "jillaroo" (cowgirl) with Aboriginal ancestry. I'm not in a position to say if the Aboriginal representation was good, but it was there, which I appreciated.

Let me start with the things I really enjoyed. One was Clara. The story's written entirely in Clara's point of view. It's also written in first person, which I sometimes have a hard time getting into. Here, I had no problem, and a lot of that was due to Clara's voice. She's bitter and snarky, and I loved it. It works because she just got out of a relationship that ended very poorly, and I think Ripley did a good job conveying that her bitterness toward her fellow travelers (especially Michael and Louise, that lovely couple) was less about them and more about her own unhappiness. She also makes great progress in terms of her mood throughout the trip, which was nice to read.

In March, my flash piece "The Offerings" was released by Freeze Frame Fiction. You can check it out here. The other stories in the issue very cool, each has its own art piece by Luke Spooner, and it's all flash fiction, so they only take a few minutes to read.

Whispers in the Dark, an anthology from SEZ Publishing, dropped this week. That includes my story "How You Find It." It's available on Amazon. Right now, I believe it's only available in paperback. I think an e-book is planned. 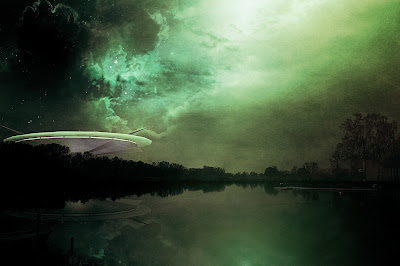 I've been feeling a little burned-out recently, which is part of the reason I didn't reach my goal of 20,000 words for April's Camp Nano and instead wrote only 10,000. That's okay, though, and it takes the sci-fi manuscript up to 8,500. Plus, this time, I'm happy with those words. I think it's best to work on it without a timeline in mind for getting it finished.

The other 1,500 words belong to a short story that is currently not going anywhere. Maybe I'll pick it up again in the near future.

Better news is I'm currently revising Book II in my epic fantasy series. I'm over halfway through the manuscript as I make notes on what needs to be changed or fixed. Then I'll tackle writing the actual revisions. I'm planning on finishing that up by the end of May. After that, it goes to another beta reader, which means it'll be one step closer to publication.

So, still plodding away. The going may be slow, but it's forward going. Can't be upset with that.
Posted by C.G. at 11:11 PM No comments: