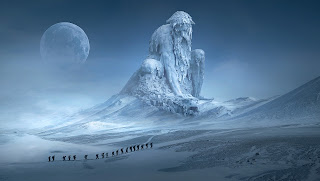 So, there are my new goals! Stay tuned for whatever progress I end up making. And an extra bit of good news: I sold a short story today. It's supposed to come out tomorrow, so I'll keep you updated!
Posted by C.G. at 6:09 PM