What I've Been Up To The Past Few Months
My internet presence since June has been a little spotty because I've had business plans taking up my brain space. After being disappointed in a number of TV shows, movies, and books I've consumed this year, I realized that one way to fix seeing the same kinds of stories in fantasy and sci-fi over and over again was to help get new ones out there.

So Sky Forest Press was born! A little prematurely, which is why I'm still hard at work on the planning side of things, specifically the financials. While I have a ways to go, I'm optimistically hoping for an official launch in January 2017.

Why You Might Care
If you're a fan of fantasy and science-fiction books, you might also be disappointed with the lack of diversity in these genres. I'm starting Sky Forest Press to help publish books with inclusive protagonists and casts. I'm especially interested in female protagonists, since, outside of urban fantasy and YA, they're largely underrepresented in speculative fiction, but because SFP believes representation in fiction is important, we'd like to see diversity of all types: female characters, characters of color, LGBTQIA characters, characters of different body sizes, characters with disabilities, characters who struggle with mental health issues, and more.

Proof I'm Serious
I gave up my book-buying habit for this. An avid reader who thinks adding books to my collection is therapy, I haven't bought a book since July 29th and don't intend to buy another until 2017 all so I can save up money for SFP. How's that for serious?

Support Sky Forest
If you're interested in seeing Sky Forest Press come into being, a little support could go a long way. I'll be releasing a few of my own works in e-book and/or print version over the next few months. At least half the profits will go directly to SFP start-up expenses. And I'm now offering editing services for fiction manuscripts in the fantasy, sci-fi, young adult, romance, and mystery genres. You can also help by just spreading the word!

Want to Get Involved?
I can't do this alone! If you're an author with diverse spec fic and are interested in publishing with SFP, let me know about your manuscript. Submissions won't open until SFP's official launch in January, but I'm always on the lookout for new books.

If you're interested in being a beta/sensitivity reader or in getting advance copies in exchange for reviews, send us an email.

If you're an artist interested in providing cover illustrations, send us an email.

(Please keep in mind that because of the nature of a micro-press and because we're still starting out, we may be unable to offer much in the way of compensation for beta readers or artists.)
Posted by C.G. at 10:15 AM No comments: 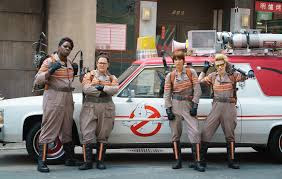 Plus, although I get overly worried about the world, I realized that when my nephew gets a few years older, I could introduce him to this movie and he won't think it's odd that it's about four women, and that's pretty darn awesome.
Posted by C.G. at 5:55 PM No comments: